Hamsters will suffer here. But for now, let´s say which ecosystems we will be reviewing in this category: 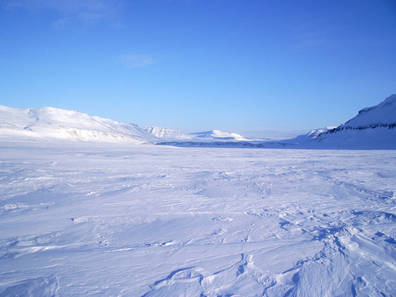 Polar Deserts are commonly found in the areas around the North and South Poles. The area around the North Pole is known as the Arctic, which includes all of the Arctic Ocean and also areas from the north of Europe, Asia and America. The area around the South Pole is known as the Antarctica, which includes the entire continent of the Antarctica and parts from the South Ocean. The characteristics that define these ecosystems are:

- There is very little precipitations and the ice is present permanently.
- The temperature is almost always below 0ºC.
- The humidity in air is very high and the wind is very intense, all of which make life here more difficult. Still, the living beings inhabiting the polar deserts are already adapted to these conditions (through ANATOMICAL adaptations).
- Water ONLY is found in a liquid state in the areas where temperatures is above 0ºC, temperatures hard to find in these ecosystems.
- They are the coldest places of the Earth, which is saying a lot.
- There is no vegetation at all.
- Life is found close to the sea where mollusks, fish and crustaceans serve as preys for numerous predators. We will expand the fauna here later.
- The reason for such low temperatures is that the sun rays impact with a lot of inclination in the terrestrial surface, compared to other areas of the world.

Now, let´s talk about the fauna and then about hamsters. The fauna is very similar since most mammals are characterized by having white fur. The reason for this is that its an ANATOMICAL adaptation, and it´s used as a protection and as a weapon to attack a prey (by camouflaging in the surroundings). Some of the animals that inhabit the polar deserts are: 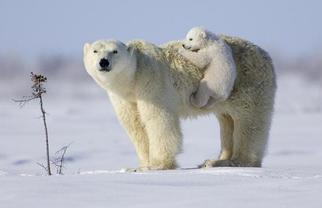 ​- Polar Bears: The strongest mammal in the North Pole. He hunts every other arctic animal except foxes and wolves. Still, his favourite food are deers and baby seals. He doesn´t drink water because in his surroundings it´s salty and acid. He gets the fluid he needs from the blood of his preys.
- Seals: They´re carnivorous since they feed from mollusks, fishes and squids. They live in groups. They are excellent swimmers, they can dive and reach profundities of 60 meters and can stay under the water for 10 to 15 minutes.
- Penguins: They feed from mollusks, squids, fishes and other aquatic forms of life. They have an excellent sense of smell and sight compared to their sense of hearing, which is not good. Even when they can see perfectly at night thanks to this developed sense of sight, they prefer to hunt in the day.
- Arctic Wolves: They normally feed from bigger animals than them, that´s why they hunt in groups. Their size will depend of the area they live in.
There are more, but those are enough. Now, for the question...

Can a hamster live in this ecosystem?
NO. That was obvious. Temperatures below 10ºC are a critic point for the lives of hamsters, and in the polar desert its basically impossible to even reach that temperature. The hamster is dead. ​​ 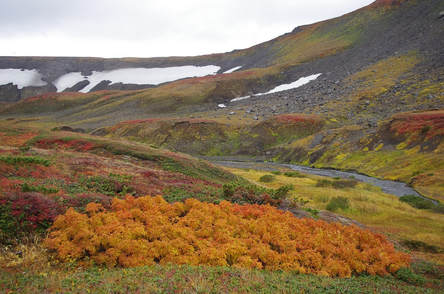 Tundras are among the Earth´s harshest biomes/ecosystems. They´re treeless regions found around the Arctic Ocean, commonly on top of the mountains. The climate there is cold (obviously) and windy, and rainfall is not common. Tundra lands are covered by snow for much of the year, but unlike the previous ecosystem, the summer brings more vegetation and a burst of wildflowers. BUT there still are no trees. Its main characteristics are:

- Located on top of the mountains around the Arctic Ocean.
- As said previously, trees can not grow there since low temperatures don´t allow it.
- Vegetation CAN grow there. Hardy flora like cushion plants survive on these mountains by growing in rock depressions, where it is warmer and they are sheltered from the wind.
- Vegetation grows on summer. The upper part of the ground thaws, allowing types of lichen, moss and some bushes to grow.
- The summer season of growing lasts just 50 to 60 days, where the sun shines 24 hours a day.
- The average temperature in the tundra is between -12ºC to -6ºC. In summers, it can go up to -3ºC.

Now let´s talk about the fauna here. There are many animals that inhabit here, like snowy owls, arctic foxes, lemmings, reindeers and various species of birds, BUT like before, I´m just going to explain a few. 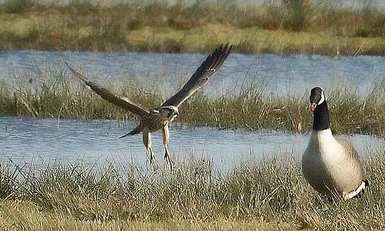 - Snowy Owls: ​They eat mainly mammals, but are also known to feed from birds. Their population is high when the population of their preys, lemmings, is also high. Unlike other owl species, they hunt mainly at day.
- Hawks: Considered one of the most dangerous animals of the tundra. They possess incredible sight, agility and speed, so hunting is not a problem for them. They are obviously carnivorous.
- Lemmings: Preys of the Snowy Owls. They are similar to HAMSTERS, but their body is more adapted to the climax of the Tundra. They have extremely thick fur in order to protect from the cold. They advance in groups to search for food.
​Can a hamster live in this ecosystem?
Nope. As mentioned before, the highest temperature here is around -3ºC in summer. Higher than the Polar Desert, but not enough to let a hamster live, sorry. 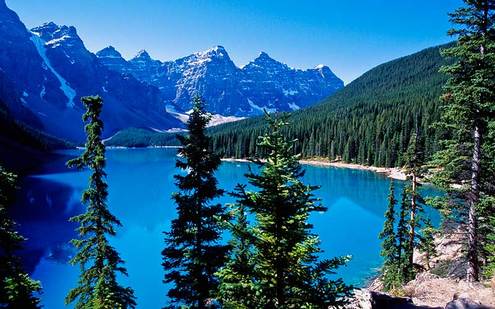 This is the last one of the cold ecosystems category. The temperature here is the warmer of the three, of course. The taiga, unlike the others, is warm enough to let trees grow in it. Here, the weather is not too hot, not too cold. It depends on the seasons. There are many big forests. The trees here are usually pine, spruce and larch. This ecosystem is mainly green all year around, and trees have needles instead of leaves. Animals like bears, eagles and porcupines make their livings in these vast forests. The main characteristics are:

​- This ecosystem typically has short, wet summers and long, cold winters. It gets plenty of snow during the winter and plenty of rainfall during the summer.
- There is not much variety in plants. Since most plants are conifer trees, this biome is also referred to as "Coniferous Forest". These trees are green all year around and never drop their leaves.
- The temperatures in the winter reaches -51ºC. Since the winters here are so cold, many species that inhabit this ecosystem have to migrate to warmer areas or hibernate during this season (which is an BEHAVIOURAL adaptation, remember).
- The taiga biome is endangered due to logging and mining by humans. When trees are cut down, it takes a lot of time to recover itself since the growing season only last three months in the summer season.
- The temperature change in the taiga is EXTREME. It is either summer (hot) or winter (cold). Spring and autumn are hard to notice. The temperatures in summer range from -1ºC to 21ºC.

There isn´t too many animals in the taiga, but even so, there are millions of insects living here. So many insects that some birds migrate there in summer to feed from them. There still are some animals living here, and those usually have special ANATOMICAL adaptations, including lots of thick fur or feathers and the ability to change colors during different seasons. Some animals here:

- Grizzly Bear: The biggest terrestrial animal of all of the Iberian fauna. Despite his anatomy, the grizzly bear has a diet almost entirely vegetarian. Most of his life involves food search, even the hibernation.
- Owl: It´s a very lonely animal that is known for being nocturne. The thing that differentiates from the other birds living in the taiga is that they don´t migrate in winter since owls normally stay in the same territory for the rest of his life.
- Fox: Omnivorous animals. Between his notable characteristics are their capability to find food under the soil, and known for his developed sense of smell.
Can a hamster live in this ecosystem?
Okay, now the interesting part. The temperature wouldn´t be a problem since in summers it reaches up to 20ºC. The winters would be a problem but since hamsters CAN hibernate, that isn´t a problem either. So, hamsters COULD live here, but they DONT. Good.
And that ends the "COLD ECOSYSTEMS". Hamsters survived ONE of THREE.