Okay, here hamsters probably will survive, which is good. But let´s talk about hamsters later... Now, what are we going to review here? THIS. 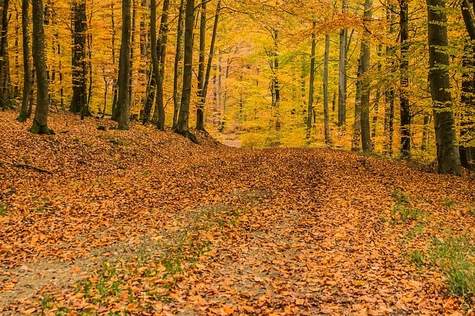 The temperate deciduous forests are located in the mid-latitude areas (which means they´re found between the polar and tropical regions). This is one of the ecosystems more affected by the seasons, since the temperature will change dramatically depending on the season, causing to have cold winters and hot summers. This is due to the exposition of these ecosystems to warm and cold air waves. The precipitations are basically normal, compared to the rest of ecosystems. They are spread evenly throughout the year. The main characteristics of this ecosystem are:

​- As said previously, the temperatures here vary A LOT, but the range would be between -12ºC and 30ºC. Yearly average is 10ºC.
- These forests are known for changing between seasons. Leaves change color on Autumn, fall off in the Winter, grow back in the Spring and stay there in Summer.
- There are many different kinds of plants and vegetation that grows on deciduous forests. Most of the trees are broadleaf trees such as oak, maple, beech, hickory and chestnut. Between the plants are mountain laurel, azaleas and mosses that live on the shady forest floor where only small amount of sunlight gets through.
- The soil is rich in minerals and organic matter.
- They are located in medium latitudes with an oceanic climate.

More things... The fauna. The fauna consist of a much more varied list of animals, since the conditions here allow many more types and species to inhabit this ecosystem. Unlike the cold or warm ecosystems, the ones in this category have much more acceptable temperatures to live in. The majority of the population in this ecosystem is occupied by squirrels, goshawks, tawny owls and deers are the most common. A few examples: 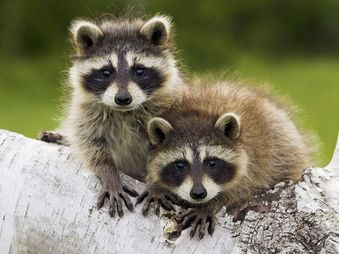 - Goshawks: A type of hawk that can eat a wider range of preys than other animals, including insects and reptiles. It has short, broad wings that give him extraordinary agility in the air.

​- Squirrels: They´re generally small animals though they range in size. They live in almost every ecosystem besides the cold ones, so they probably are going to inhabit the next ecosystems too.
Can a hamster live in this ecosystem?
The answer to this is basically the same as in the taiga. The temperatures are adequate, except for the winter, but they could migrate to other places if the time came. However, they prefer warmer places, even if they can survive here. 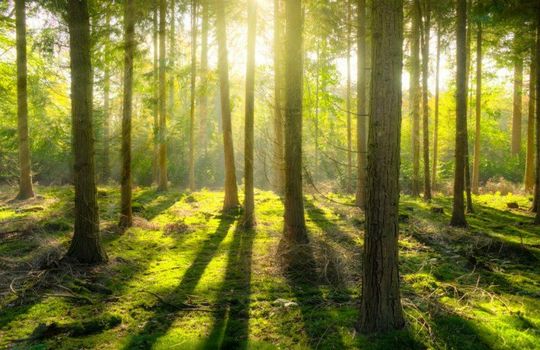 The Mediterranean Forests are characterized by hot and dry summers, while winters tend to be cool and moist. Most precipitations arrive during these months. Although this ecosystem is globally rare, it presents an extraordinary biodiversity of uniquely adapted animals and plant species, which can adapt to the stressful conditions of long summers with little rain. Most plants here are fire adapted and dependent on this disturbance for their persistence. These are its characteristics:

- Very little variation in temperature. The winters are warm and the summers are very hot.
- Precipitations, besides from being rare, it´s irregular around the year. There´s not an specific time of the year where rain has more chances of occurring.
​- Vegetation typically consists of evergreen forests of trees such as holm oaks and cork oaks. The leaves of trees are covered with wax to reduce the amount of moisture lost during the hot months.
- Mediterranean ecosystems are some of the most endangered and vulnerable on the planet. This is in part caused by fires, both natural and caused by humans. Due to the hot and dry summers, plants and vegetation that´s not adapted (ANATOMICALLY) to fire is burned, causing a fire in the forest. That, combined with the human-caused fires, makes this ecosystems very vulnerable and some of the species inhabiting it endangered. 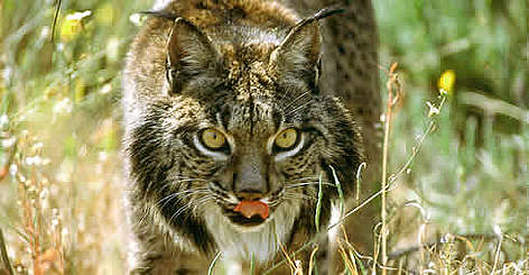 - Iberian Lynx: ​A lynx who inhabits the southern Mediterranean forests of Spain, and that once occupied all of the country. Their diet consist mainly of wild rabbits, but it also includes ducks and fawns.
​- Barbary Macaque: They are small, tailless apes. These animals are the only primates that live in Europe asides from humans, although their remaining population is a small group of 100 that live on Gibraltar.
- Barbary Leopard: Similar to a common leopard but with a thicker coat. Their population is very small. They are specially adept at climbing and are known for depositing food above trees.
Can a hamster live in this ecosystem?
Yes, they could. But I wouldn´t recommend it, having in mind all the fires and the high temperatures and that... They are smart for not trying to inhabit there. Besides, even if they tried, they would be eaten in seconds. 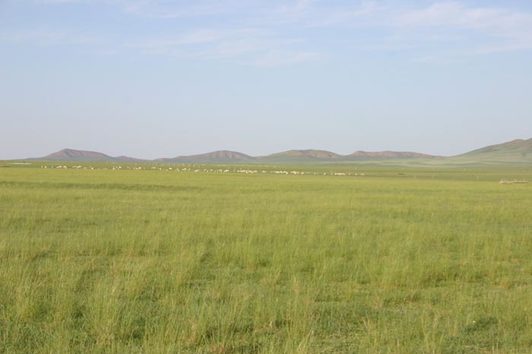 The steppe is a dry, temperate grassland found in all of the continents except for the Antarctica and Australia. There isn´t much humidity in the air here because the Steppe is found far away from oceans and very close to mountain territory. This biome is usually the exact middle between a forest and a desert, mostly thanks to the frequency of precipitations. It it had less rain, it would become a desert. If it had more, then it would become a forest. The precipitations vary from highly seasonal to spread throughout the year. The characteristics are:

- There are many plants in the steppe, but no trees. Most of them are different types of grass. Their tallness is determined by how much rain they get and how close to a forest they are. The closer, the taller.
- The temperature is around 18ºC throughout the year. An adequate temperature for some animals, but not for the soil of the ecosystem. Because the soil is cold and poor, farmers would have a hard time growing anything.
- The steppe has warm summers and very cold winters. Because of this there is often a lot of snow in the northern steppes.
- There are often many problems in the steppes. They usually experience drought and violent winds, and sometimes, the summer is so hot that the grass catches on fire. Having in mind that in a place like this the fire is easily spread, this is a bigger problem that one may think.

The fauna is very typical here. Not many animals like to live here because of all the problems before mentioned, but there are some special fauna worth mentioning. 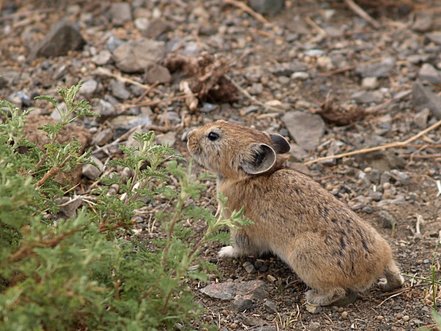 HAMSTER: Yes. This is the predominant ecosystem of wild hamsters. Finally, there is an ecosystem where hamsters can AND live in. The temperature here is perfect for them, except for the cold winters, when they migrate to other ecosystems. All of their usual diet is here too. This is the paradise for hamsters, basically.

​Bison: This is the most common herbivore of the steppe. There are two species of bison: The European Bison and the North-American Bison. BUT the European Bison has almost disappeared because of hunting and also for the disappearance of their habitat (the steppe, of course).