The warm ecosystems... The last category of ecosystems. Let´s find out if there are ecosystems for HAMSTERS to live in. There should be, since hamsters like warm temperatures. Anyway, now we are going to see...

1. The Desert
2. The Savannah
3. The Tropical Forest 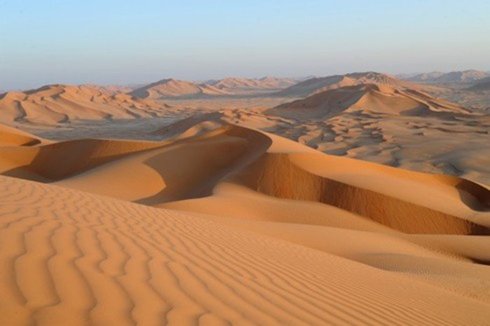 Today, one third of the world´s land surface is in the grip of deserts. Polar deserts also count for that, but now we are not going to talk about THOSE. The hot deserts are what we want. In these, the seasons are generally warm throughout the year and very hot in the summer. The winters usually bring little rainfall. Temperatures exhibit daily extremes because the atmosphere contains little humidity to block the sun rays. Desert surfaces receive a little more than twice the solar radiation received by humid regions and lose almost twice as much heat at night. These are some basic characteristics about deserts:

- Many annual temperatures range from 25-30ºC, but the extreme maximum ranges from 43-49ºC. In the night, minimum temperatures sometimes drop to -18ºC.
- The deserts is characterized for the drastic change of temperature between the day and the night, as can be seen above.
- Rainfall usually is very low or concentrated in short bursts between LONG rainless periods. Very long. Sometimes, rain starts falling and it evaporates before even reaching the ground...
- Soils are course-textured, shallow, rocky or gravely with good drainage and have no sub-surface water. That´s because the finer dust and sand particles are blown elsewhere, leaving heavier pieces behind.
- The vegetation here is very scarce and has adapted (ANATOMICALLY) to prevent a loss of water, with leaves that have been transformed into needles or long roots. In cactus, the leaves have been reduced to spines and photosynthetic activity is restricted to the stems.

The fauna here, as expected, is very scarce and there is little variation. The adaptations the animals have developed to cope with the high temperatures include nocturnal and underground habits, since the desert is cooler during night time. They also, like the vegetation, have to find a way to get water. The desert fauna ranges from arachnids and reptiles to birds and insects. Some curious examples: 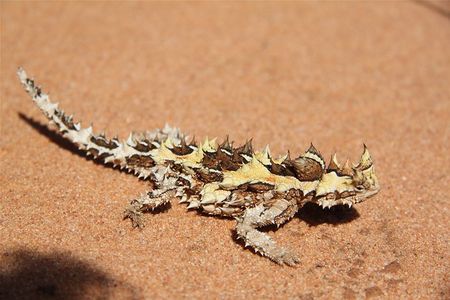 Thorny Devil: The Australian lizard is the personification of ANATOMICAL adaptations. Since he lives in the desert, he has developed an absorbent skin that can pull moisture (a moderate degree of water) from the air. His face is even designed so that moisture condenses and rolls into his mouth for him to drink it.

Fennec: This fox has also developed ANATOMICAL AND BEHAVIOURAL adaptations to survive in the desert. His big ears are very useful in survival, since they help him hear bugs that could be hiding in the sand, and his ears are also loaded with blood vessels to help him dissipate excess body heat.
Can a hamster live in this ecosystem?
That depends on the temperature. If they are at the maximum, above 40ºC, forget it. The hamster is dead. But if they are at minimum or in the night, the temperatures wouldn´t be a problem, but the lack of food and water yes. A hamster wouldn´t last long here. Nope. The hamster is dead. 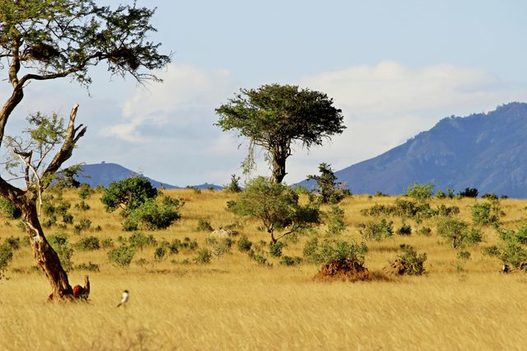 Savannah ecosystems are found between tropical rainforest and desert biomes. Savannas ​cover half the surface of Africa and are close to the equator in India, South America and Australia. Sometimes humans create savannas when they burn grasslands and cut down trees to plant crops, and sometimes animals do too. Elephants can turn a forest into a savannah by knocking down trees, stripping bark from trees and stomping on seedlings. Savannas also result from climate changes and soil conditions. Anyway, these are its characteristics:

- Its weather is typically warm (obviously), with temperatures ranging from 20-30ºC.
- The precipitations are abundant and irregular.
- Instead of four seasons, the savannah only has two: A wet summer season that last 6 to 8 months, and a 4-6 dry winter season. Most plants lose all of their leaves or die during the dry season.
-Because rainfall is light, few trees grow, although small trees often grow close to a lake or a pond. The baobab tree survives these conditions because it stores water.
- The vegetation predominantly consists of tall herbaceous plants with evergreen trees scattered over a wide area, such as acacias, teaks and the previously mentioned baobabs.

The fauna here mainly comprises rhinos, giraffes, antelopes, lions, elephants an etc. But between them there are some rare species worth mentioning them. 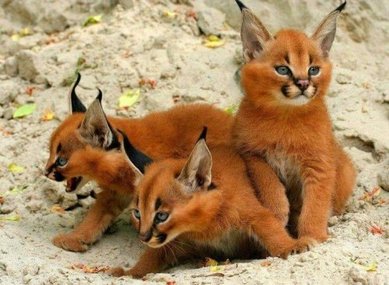 Caracal: They have a shape similar to a cat but they´re bigger and have bigger ears. They have powerful jaws on a short muzzle. Their claws can retract into larger paws. They´re faster than any other cat of their size. Caracals always live in solitary, except in the year the mother raises the children.

Black Mamba: It´s the MOST DANGEROUS  snake in the world. They are especially active during the day and they often sleep in trees (even when there are very few in savannas). They feed from small mammals like birds, rats, squirrels or HAMSTERS. Their venom paralyzes, but even with their danger, they will run if a human approaches them.
Can a hamster live in this ecosystem?
The answer is... yes. Actually, some hamsters LIVE in savannas. But not many of them. The high temperatures during day are not a problem for them since wild hamsters are nocturne animals and will sleep the entire day until night. So hamsters can live in here. Good. 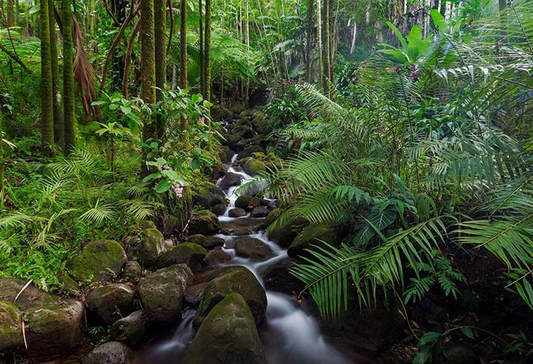 The tropical forest is an ecosystem that covers 7% of the Earth’s surface. They are found all over the world but the majority of the tropical rainforest lies in South America in Brazil. The weather in the tropical rainforest is rainy yet warm all year around, day or night. These forests are extremely important because the water they produce is evaporated and used as rain in other areas. But it´s not the only important thing this ecosystem does. There are hundreds of different types of trees that inhabit the tropical forest, and because of that and the amount of plants and vegetables there are in it, the tropical forests are responsible for most of the oxygen produced on the world. But now, the characteristics:

- The average temperature of the tropical forest remains between 23-26ºC. There is no great change in temperature over the year.
- Precipitations are regular and abundant.
- Tropical forests are one of the oldest ecosystems on the world and therefore have a great variety of animals living there.
- The vegetation comprises species of evergreen trees that form thick forests. There are different levels of trees according to how much light they need.
- They are found in a very narrow area to the north and south of the Equator. 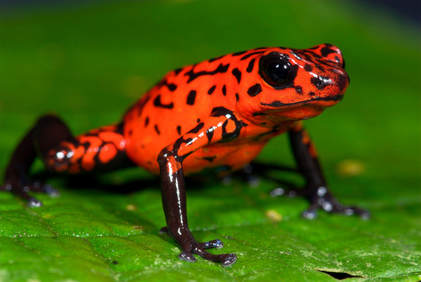 Poison Dart Frog: A frog which uses its color to warn predators of the toxic venom which lies beneath its skin. It´s called like that because indigenous cultures used its skin to cover darts to make them lethal.

​Scarlet Macaw: The largest parrots in the world. They prefer to spend their time in tall trees and near rivers, usually in large, noisy groups. Macaws also mate for life, nesting from January through April in the holes of dead canopy trees.
Can a hamster live in this ecosystem?
Technically, YES. But hamsters don´t inhabit here. And that´s because if you put a hamster in a tropical forest with animals and predators that varied and THAT dangerous, the hamster isn´t going to last a day alive. So this counts as a NO. They can´t live here.


And this ends here.