WHAT IS AN ECOSYSTEM?

Okay, so it wouldn´t make sense to talk about ecosystems without knowing what is an ecosystem and the parts that form it. You probably know, but if I explain it the web page is more complete and there´s more content to it. BUT I´m not going to talk about hamsters, sorry. The work isn´t about that, so writing about hamsters exclusively would be a waste of time. Well, let´s start with a simple definition of an ecosystem:

An ecosystem is a biological community with organisms interacting with each other and with the environment they´re in.

These factors can influence each other. An abiotic factor can influence other biotic factors, for example, the amount of vegetation in an ecosystem will determine how many herbivore animals are there. It can also be done in the opposite way, a biotic factor that influences an abiotic factor. BUT since we have a lot to say, it´s best if we pass to the next thing.
ADAPTATIONS. An adjustment in the body or behaviour of an organism to his environment. It´s easy to understand. This is not especially important for LIFE, but it is important to understand THIS WORK, so pay attention.  There are two types:

ANATOMICAL ADAPTATIONS: Adaptations that occur in the physic of an organism to adapt to the circumstances. For example, the fact that cactus have spines instead of leaves to prevent water loss.

BEHAVIOURAL ADAPTATIONS: Adaptations that the organisms carry our by their own will. For example, some birds migrate in winter to escape low temperatures. Winter Is Coming.

Easy. Anatomical are involuntary, behavioural are voluntary. Nothing else and nothing more. 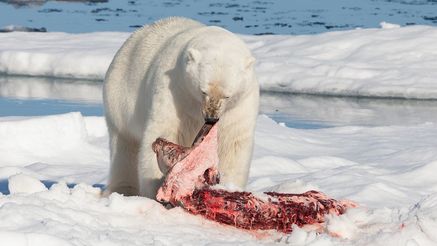 Now to the hard part. The relationships between individuals of the Biocoenosis. This is... not hard, but long. Well, let´s start by saying there are two types of relationships: Intraspecific and Interspecific. Let´s define them...

There are many more, but I decided to name these three. I think with these, you have an idea of the concept of Interspecific Relationships. And if you don´t... bad for you.

Well, I think now you have an idea of what is an ecosystem and what are its components. Now you´re ready to learn which are the different types of ecosystems, its respective characteristics, and... IF HAMSTERS CAN LIVE IN THEM, the most important thing of all. Okay, ready? Go there.
​